How much does Atlantic Bay love doing what we do? Let us count the ways. Check out this list of 25 amazing moments and facts from the company's 25-year history.

Twenty-five years of business means there are 25 years of unforgettable moments and fascinating details just waiting to be discovered (or rediscovered for our more-tenured employees) when you dive into Atlantic Bay Mortgage Group’s history. For example, there’s that time when...

Brian Holland jumped ship from the restaurant industry to start up his own mortgage brokerage 25 years ago. He named his new company Atlantic Bay Mortgage Group®. The company received its official license for the state of Virginia in November 1996. 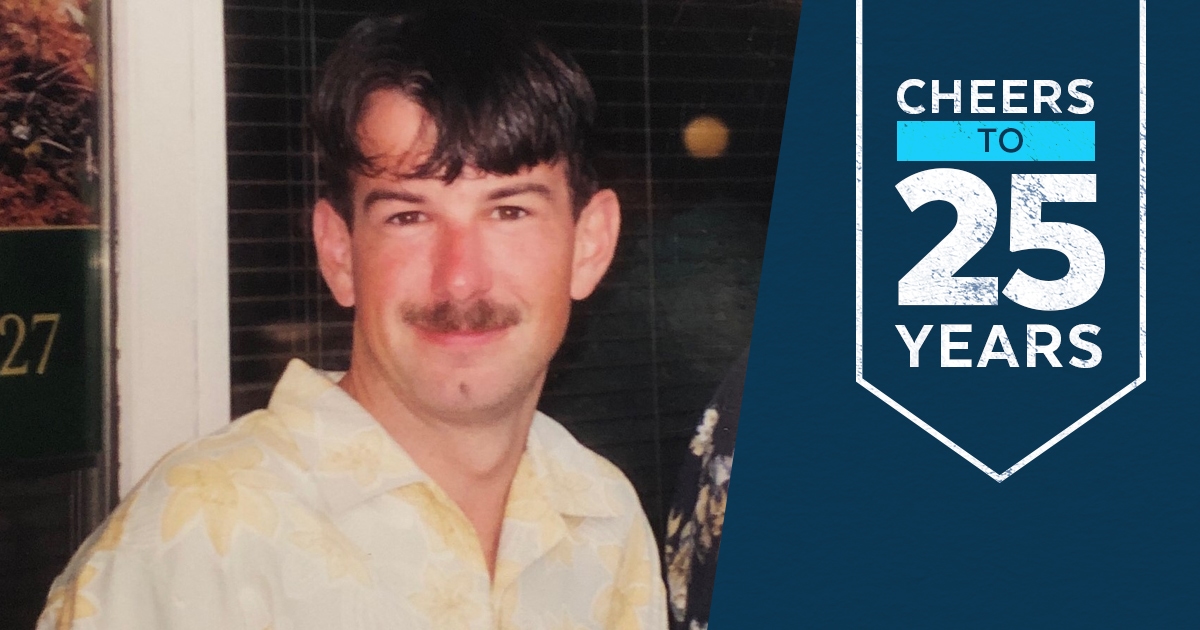 2. Help Was Hard to Come By

In 1997, one year after its formation, Atlantic Bay had a grand total of four employees. In February of that year, the Virginia Beach branch opened for business. Since the late 90s, Brian cites “having fun, working hard, doing good, and putting people in homes” as the reason for the company’s exponential growth.

In 1998, now two years removed from the initial launch, Atlantic Bay received the “Best of Hampton Roads” award for “Best Mortgage Company.” The local recognition marked the first time the company earned an award for its committed efforts to realizing Virginia homebuyers’ dreams.

Right on the cusp of the new millennium in 1999, now-President Stan Holland joined the company full-time. Since then, his goal has been to continue to facilitate the best operations center through strong ethical practices and an eye toward profitability and future growth for the company, its owners, its employees, and the communities in which it operates.

The Senior Wish List Program, created by the late Ron Toland of the Lynchburg office, became a company-wide effort in 2001. Today, it’s a yearly tradition to partner with the Senior Services of Southeastern Virginia to gather seniors’ wishes and have everyone in the company fulfill them. In 2017, the program officially opened to the public for community wish-granters.

In 2005, with the help of Stan, we graduated from the mortgage broker business to the world of mortgage lending. The transition allowed us to have a more interpersonal relationship with clients, as now we did not need to involve a third party to finance the loans to the borrowers.

Amid the financial catastrophe known as the subprime mortgage crisis, Atlantic Bay received the “Best of Hampton Roads” award for a tenth consecutive year. From 1998 to 2008, we were graciously recognized for our work in Virginia’s Tidewater region. 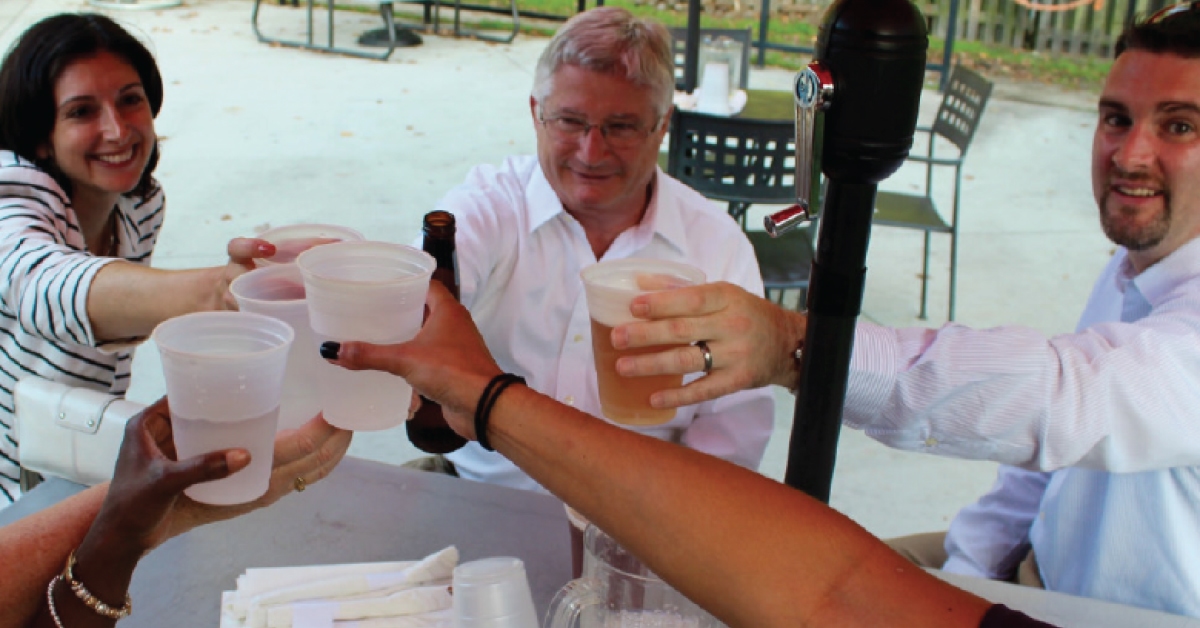 In 2012, the stage was set for another pivotal moment in the company’s history. Exactly 16 years after we officially opened for business, we received an agency approval from Ginnie Mae. The certification allows for more flexibility with programs and products. For instance, Atlantic Bay offers purchase and refinancing for primary homes, second homes, and investment properties.

9. We Hit the Open Waters

As many people know, none of us are strangers to having fun. In July 2013, Atlantic Bay held a boat party. From the “Valkyrie IV,” the shrimp, cheese, and wine were flowing. Everyone wore their best boating attire as memories were made. We’re sure there are some great photos floating around out there!

With the goal of lending peace of mind beyond mortgages, we launched our employee-run community impact committee, AB Cares, in 2014. Now, team members can voice the causes and concerns meaningful to them in the communities we serve. The philanthropy program’s mission of doing good and giving back led to a “Good Corporate Neighbor Award” a year after its inception.

Brian Mason, Regional President and Partner, earned the National Multiple Sclerosis (MS) Society’s Lifetime Achievement Award in November 2015. Brian led the charge toward Atlantic Bay becoming a primary sponsor of the National MS Society, which works to provide services for people living with MS and fund research initiatives so those affected can live their best lives, as far back as 1999. He approached them in hopes of striking up a long-standing relationship, and he did just that. 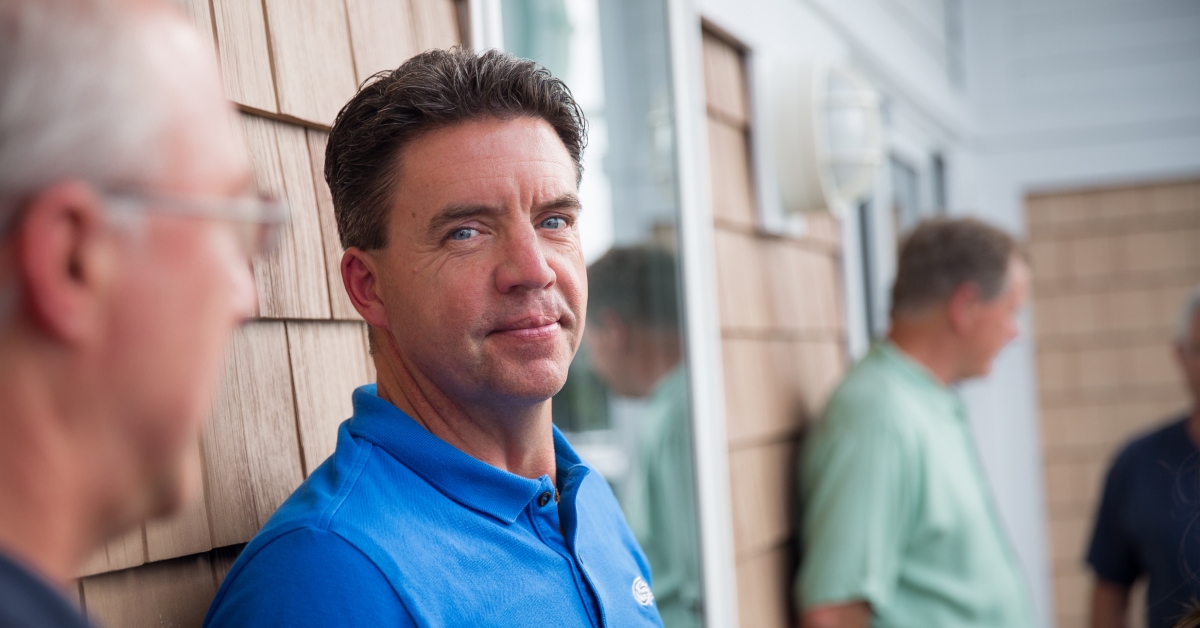 By the end of 2015, we employed more than 500 passionately positive and continuously improving employees. The milestone marked the company’s transformation from a small business to one of medium size. Now, at the end of 2021, Atlantic Bay employs more than 900 energetic individuals.

A year later, in 2016, we reached another important milestone. We had the privilege of helping more than 100,000 borrowers become new homeowners. Flash forward to 2021 and we’ve been able to serve around 26,000 families in a single year! We’re thankful for a 94.8% Net Promoter Score (NPS). The Net Promoter Score (NPS) is an index ranging from -100 to 100 that measures customers’ willingness to recommend a company’s products or services to friends and family. That means nearly 95% of our borrowers would be more than happy to recommend Atlantic Bay to family members and friends.

14. Employees Found Their Cause

On Thursday, Aug. 25, 2016, AB Cares held the first ever “Find Your Cause Volunteer Fair.” A total of 60 charities attended the event, and employees had the chance to display the causes important to them and network with volunteers. The 2017 Volunteer Fair took it up a notch with 70 local charities spending a day with Atlantic Bay.

The Virginia Beach office took the Halloween costume contest to a whole new level in 2016. Presiding over the fashion showdown were Brian and the President of Strategic Growth, Justin Caplan, along with a few other evaluators of eerie ensembles. Oh yes, we have photos. Here are Senior Vice President of Business Development, Bill Hitchcock, and Chief Lending Officer, Emily Farley, as throwback band members. 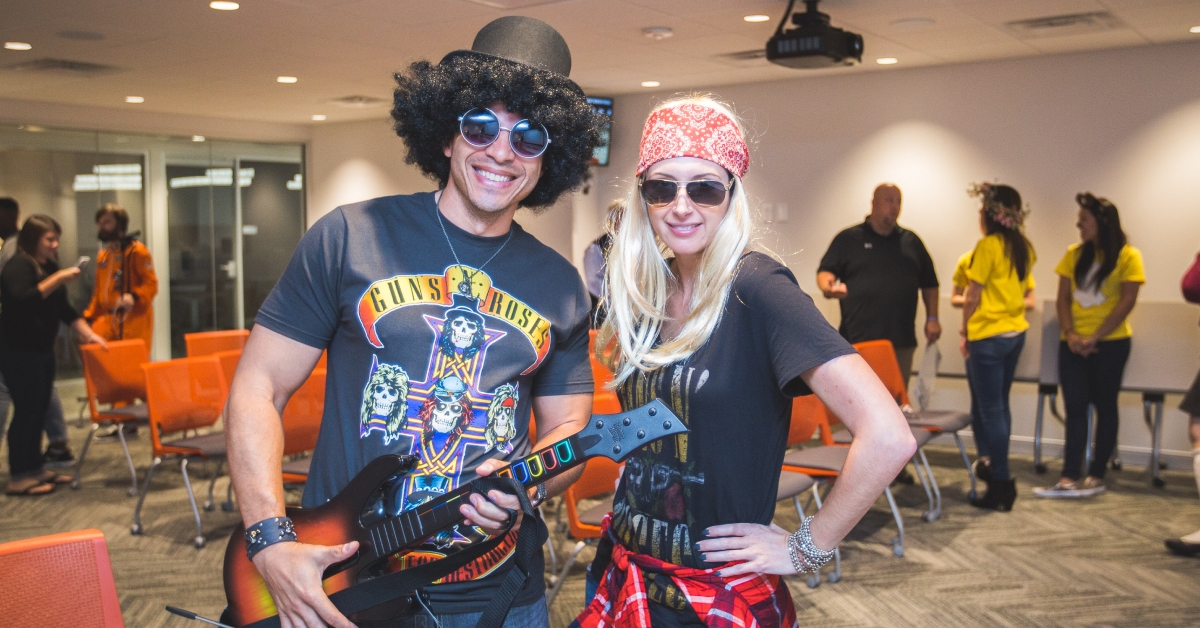 As you can see, 2016 was an eventful year for us. Because of our employees’ hard work, the milestones just kept rolling in. We were greeted by the Anderson Area Chamber of Commerce as we opened a new office in Anderson, S.C. A few months later, we opened another new office in “The Sunshine State.” Tampa, Fla. welcomed us with open arms.

17. We were on the Small Screen

No, we didn’t go Hollywood, but we did have the honor and pleasure of spending a morning with the folks over at “The Hampton Roads Show” to promote AB Cares’ Senior Wish List Initiative. As mentioned above, from 2016 onwards, the program has been open to the public, so our time in front of the cameras was all in the name of making the holidays a little merrier for local seniors.

Our team didn’t miss the once in a lifetime event, and we made sure everyone was ready to take in the special occasion! Marketing team member Sam Cocke kicked back and watched the show on the lawn with our Virginia Beach office! 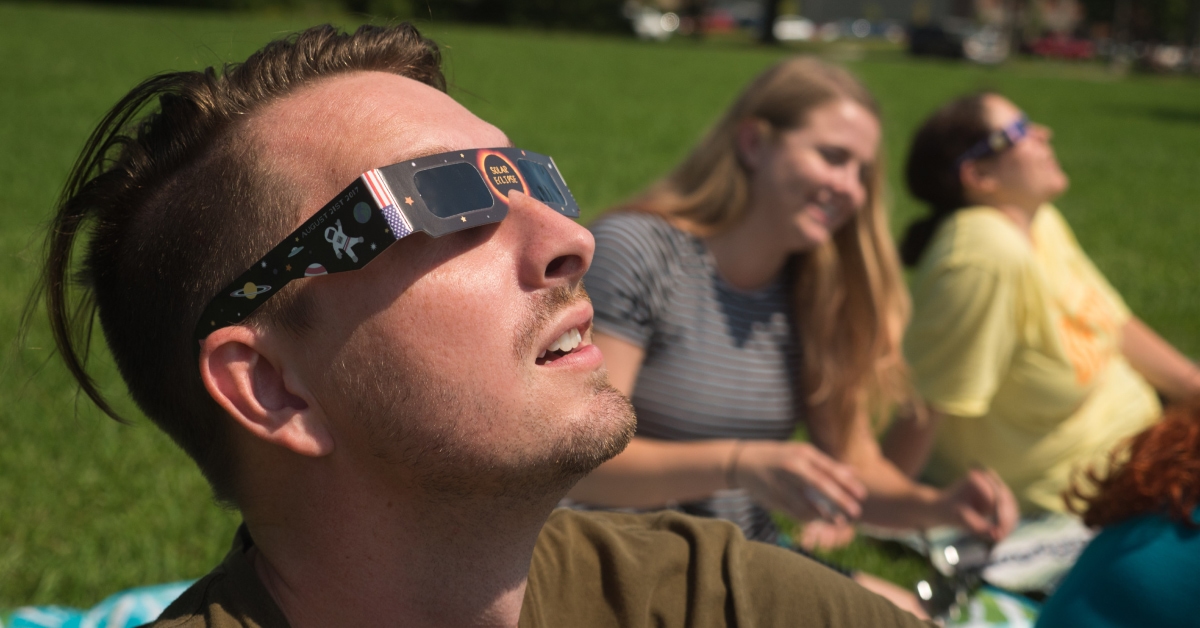 19. We Found the Perfect Match

In 2018, we began our partnership with the Roc Solid Foundation. If you don’t know, they’re a Hampton Roads-based non-profit organization that focuses on bringing hope to children and families affected by pediatric cancer through the power of play. Through their “Play it Forward” initiative, they build customized playsets for kids aged 1-8 in their backyards. With every loan we close, we contribute to Roc Solid’s mission. Many of our employees also volunteer by packing ready bags and building playsets for the children.

Here’s a photo from a 2019 Pints for Play event benefiting Roc Solid Foundation at a local brewery. (We also chose this photo in remembrance of our late team member, Kurt. We miss you, man!) 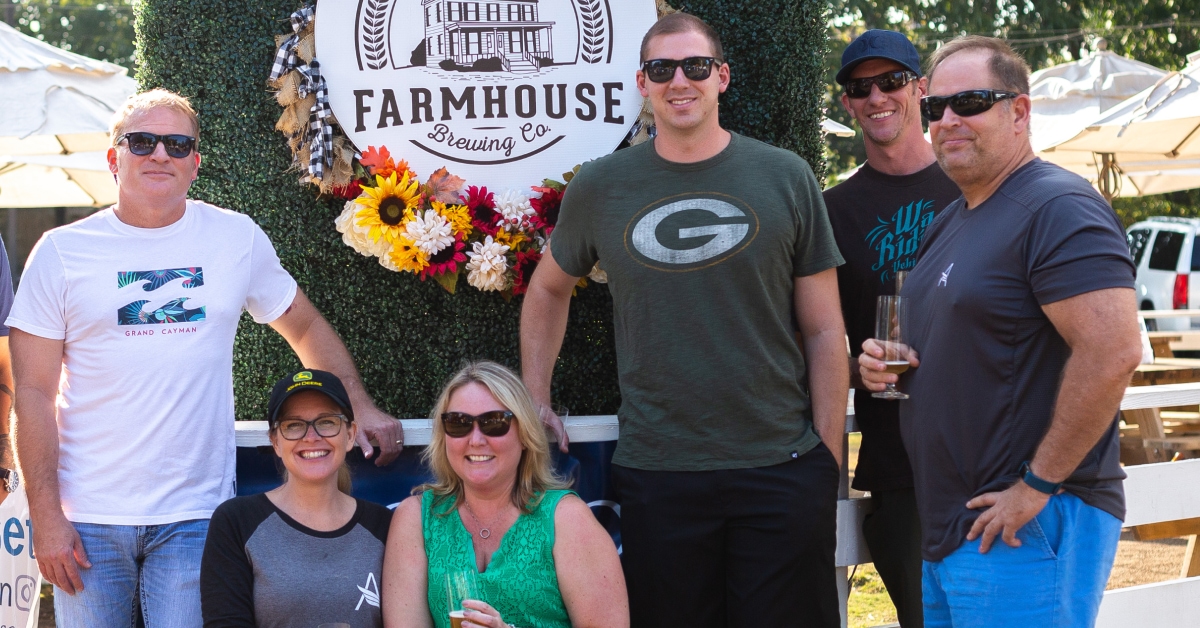 20. The Virginia Beach Office was Awesome

To be clear, the Virginia Beach office is still awesome because, since 2019, we’ve been named the “Number One Top Workplace” by Inside Business, a local newspaper for Norfolk and the Hampton Roads area. The distinction is an “employees’ choice award,” so we thank all of you for not only making our office great, but also having fun at work!

During the first half of 2020, COVID-19 forced us to be close to fully virtual. By the year’s end, 95 percent of the company worked remotely, but we still experienced our best year ever! As of August 2021, 80 percent of the company still works in an online-only capacity. We’re proud to have the ability to let our employees choose where they feel most comfortable working.

Even though we couldn’t all meet in person, holding our annual holiday parties was never in doubt. We just had to tweak a few things. Connecting through our computer screens, we had a “Zoom-a-Ween" party in October and a virtual ugly Christmas sweater contest in December.

23. Atlantic Bay Cared About Its Footprint

And we still do! As of today, we donate time, funds, and resources to more than 250 non-profits and organizations. One of our biggest partnerships is with Boys & Girls Clubs of Southeast Virginia, which just opened its doors to a brand-new facility this year. Several of our team members were in attendance for the momentous occasion.

24. We Trailblazed the eClosing Arena

At the end of May 2021, Atlantic Bay was thrilled to announce our team members completed a landmark 10,000 eClosings with our borrowers! Virtual closings are something we’ve worked on for many years now, and our dedication and offerings have been recognized. Fannie Mae recognized our digital experience in June 2021 and Ginnie Mae recognized our eNote offerings in September 2021.

25. We Made a Commitment

A lot of things do change over time, but not everything. These 25 examples of having fun while genuinely caring and growing show that the culture we built is on a firm foundation. Here’s to 25 more unforgettable years!

Fostering, cultivating, and preserving a culture of diversity, equity, and inclusion.

Loan programs may change at any time with or without notice. Information deemed reliable but not guaranteed. All loans subject to income verification, credit approval and property appraisal. Not a commitment to lend. Atlantic Bay Mortgage Group, L.L.C. NMLS #72043 (nmlsconsumeraccess.org) is an Equal Housing Lender.