We Genuinely Care' runs deep at Atlantic Bay. It's a core value we extend to our team and borrowers, and the reason we feel strongly in giving back to our communities.

Atlantic Bay Cares’ mission has always been centered on doing good and giving back to the communities we serve, and this year was no different! In 2022, our employee-run community impact committee (AB Cares) connected hundreds of energetic and passionate Atlantic Bay team members with the humanitarian projects and initiatives most important to them. When speaking on Atlantic Bay’s involvement in local communities, CEO Brian Holland remarked, “a huge part of our culture involves giving back to the communities we serve. I am very proud of our team and their passion to support local charities.”

Giving back and spreading awareness to the causes most important to our employees was the name of the game this year, whether it be with in-person events or raising money through fundraisers. So, without further ado, let’s take a trip down memory lane and revisit some of the philanthropic opportunities Atlantic Bay team members got to take part in this year.

Since 2018, Atlantic Bay has partnered with Roc Solid Foundation to help carry out their mission of building hope for children and families fighting pediatric cancer. This year, Atlantic Bay supported 24 playset builds and hosted seven ready bag packing parties (filled with over-night essentials for unexpected hospital stays), for a total of 244 families helped.

Sales and Business Development Manager Tiffany Jenkins was one of several in attendance for the Charlottesville packing party held earlier this year. “I’m grateful our Charlottesville office had the opportunity to host a Roc Solid virtual pack party,” Tiffany shared. “As a mom of two, the mama bear story really resonates with me, and knowing the supplies we packed would bring comfort to families battling pediatric cancer was incredibly humbling.”

Putting people first goes beyond mortgages, and we encourage everyone to keep an eye out for more Roc Solid events in your communities as the calendar turns over to 2023.

And we can’t mention playset builds this year without talking about the “Play Defeats Cancer Tour.” On April 21, Roc Solid began its month-long mission to build 30 playsets in 30 days for 30 kids fighting cancer. Their effort spanned the entire country – coast to coast!

San Diego and Orange County, CA kicked things off in April, and the tour officially hit the road with stops in locations like Dallas, Cleveland, Miami, and Atlanta in the weeks that followed. Roc Solid Founder and Chief Play Officer Eric Newman even stopped by The Kelly Clarkson Show to help promote the extra special initiative! The tour made its final stop in Hampton Roads, VA in late May.

Alongside our friends at Roc Solid and the volunteers who made the Play Defeats Cancer Tour possible, everyone showed those 30 families that they are not alone during such an unimaginable battle.

It’s an honor to be partnered with an organization like Roc Solid, and that’s why Atlantic Bay once again hosted the Roc Run 4 Fun 5K in 2022!

For the third year in a row, employees across the company laced up their sneakers and got moving for an untraditional 5K, lasting from September 9 – 11. Atlantic Bay team members ran, walked, biked, hiked, or swam at their own pace – all in the name of raising money for Roc Solid. In total, the event raised $10,000 for the thousands of kids diagnosed every year with pediatric cancer! 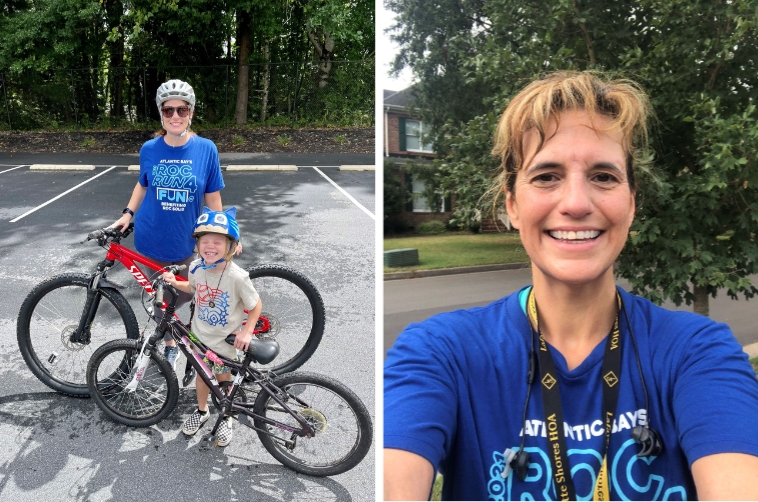 Our niche may be lending peace of mind to the home loan process, but our passion is helping people lead their best lives. Every year, Atlantic Bay employees submit service project ideas to their region’s AB Cares committees, and then those ideas turn into the assorted opportunities available to select from for our annual Week of Service.

Across every department, our team members extend the genuine care that is intrinsic to Atlantic Bay’s core values to the organizations and causes most important to them. We painted emergency shelters and transitional housing communities, assisted food pantries with distribution coordination, cleaned up neighborhoods and waterways, and so much more! It’s safe to say that the 2022 Week of Service made a lasting impact on everyone involved. 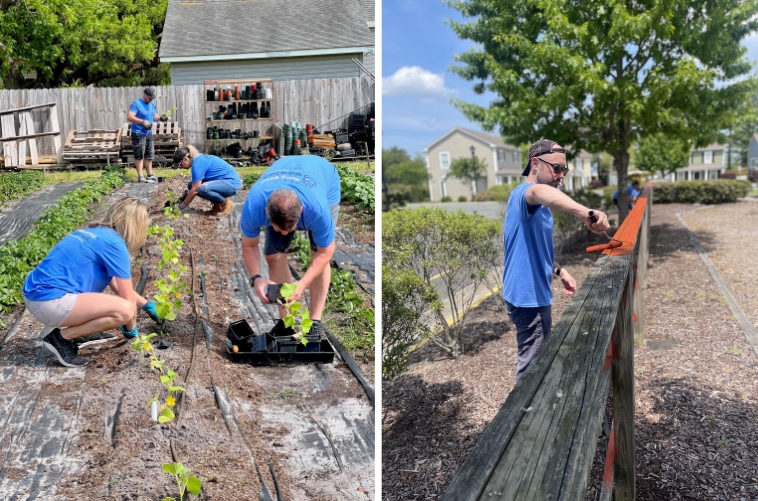 “More Than a Game”

Rounding out this trip down memory lane is AB Cares’ “More Than a Game” fundraiser that raised money for Boys & Girls Clubs of Southeastern Virginia. Atlantic Bay team members raised $16,370 by purchasing Super Bowl Squares before the big game. Boys & Girls Clubs are more than just a club, they’re security for many local children, and through our partnership, we’ll continue to pave the way toward a better tomorrow for our youth into 2023 and beyond.

We’d also like to take the time to thank CovaBiz Magazine for honoring Atlantic Bay with their Best of Business awards and naming our CEO Brian Holland the “Best Local Leader Making a Difference.” Atlantic Bay's commitment to genuine care starts with his leadership, and this past year he continued to support the community through his involvement with the Seton Youth Shelter and his induction into Boys & Girls Clubs of Southeast Virginia’s Hall of Fame. We’d also like to thank Coastal Virginia Magazine for honoring Atlantic Bay during its Giving Back & Community Impact Awards. We would be nothing without the communities we serve and giving back to them is a privilege and an honor.

As we look ahead to 2023, we pledge to provide the same care, consultation, and commitment to the communities we’ve lived and lent in for the past 26 years!

Fostering, cultivating, and preserving a culture of diversity, equity, and inclusion.

Loan programs may change at any time with or without notice. Information deemed reliable but not guaranteed. All loans subject to income verification, credit approval and property appraisal. Not a commitment to lend. Atlantic Bay Mortgage Group, L.L.C. NMLS #72043 (nmlsconsumeraccess.org) is an Equal Housing Lender.